For both policymakers and researchers interested in the nexus between technology use and sustainability at the local level, new data on city and county Internet use in the United States will be available in January 2016.  A repository on local Internet use data supported by the National Science Foundation will be located at Arizona State University’s Center for Policy Informatics, through a partnership with researchers at the University of Iowa.

Such data is especially relevant for the many Smart Cities initiatives undertaken by local governments in recent years, and for new efforts by the White House to promote the development of Smart Cities solutions for energy, climate change, transportation, and other policy areas.  The $55 million in proposed investments and $105 million in research and new federal spending for Smart Cities includes programs to “accelerate deployment of innovative technologies that tackle energy, water, waste, and air challenges.” (White House, 2015)

The term “smart cities” has been used to describe a variety of Internet applications in cities around the world, but can be understood as the use of information technology “and networked information to improve outcomes on any aspect of city operations.” (Celino and Kotoulas, 2013: 8).  Among smart city applications are smart grids to manage energy, the use of sensors and social media to signals trends and problems, and Internet-enabled devices (the Internet of things) controlling building systems, traffic, mass transit, waste management, water use, and more. Smart City innovations include the use of the Internet for participation, through crowdsourcing, scenario planning in communities, and neighborhood innovation labs.  While Smart City solutions cut across a number of policy areas, sustainability is an important focus for many cities, and a topic where better data on Internet use can promote both planning and research.

With information technology at the center of Smart Cities programs, data on Internet use at the local level is important for planning, evaluation, and comparative research.  The repository will contain estimates of Internet use and home broadband adoption from 1997-2012 for U.S. counties and the 50 largest metros and their principal cities.  For 2011-2014, the county, metro and city data included estimates of the percentage of the population that uses mobile or is “fully connected” with both mobile use and broadband at home. The estimates are based on multilevel models using geocoding and the U.S. Census Bureau’s Current Population Survey, and users will have the ability to map and visualize data.

From a policy perspective, there are several important trends visible in the longitudinal data.  The first is that there are substantial disparities across places.  In 2014, only 55% of Brownsville, TX residents had some type of Internet service at home (including mobile), in comparison with 95% of residents in Gilbert, AZ.   While these are estimates are for places with 50,000 households or more from the 2014 American Community Survey Table B28002, the longitudinal data in the repository shows that gaps across cities have been persistent, and they continue currently, even taking mobile access into account.  Places that are disadvantaged include cities in the Midwest and South that have high poverty rates, as well as cities with large populations of low-income Latinos.

A second trend apparent in the longitudinal data is a leveling-off of Internet use over the past several years, especially broadband at home.  Yet, more than a quarter of the U.S. population does not have broadband at home, and factors such as race, ethnicity, income, education, and age still matter for disparities in Internet use.  Mobile Internet has been growing rapidly (and it offers clear advantages for many Smart Cities initiatives, including for transportation and other purposes).  Smartphone-reliant Internet users (without home broadband) are likely to be low-income, young, African-American, Latino, and Native.  Those who rely on smartphones as their primary form of access to the Internet also do less online.  The small screens and virtual keyboards can be difficult for typing and for reading material not formatted for mobile, and data caps can also make this form of Internet access expensive.  Still, in cities where mobile is important in low-income communities, sustainability initiatives may focus on the role of mobile access as a means of connecting with residents.

How can this new Internet data, in combination with the American Community Survey, be used for planning and research on Smart Cities and sustainability?  For policymakers, the data allows them to observe trends in Internet use over time and across populations within their cities; to map and visualize the data; and to compare their cities with others. For researchers, the data opens up new possibilities for Smart Cities research.  Which communities are most likely to undertake initiatives, and what role does Internet use in the population play when controlling for other factors?  Do cities with higher rates of Internet use have more effective or more successful Smart Cities efforts?  Are they more able to achieve measurable outcomes for energy efficiency or other sustainability goals

The local data also enables planning for digital inclusion and examination of the impact of differential Internet access on Smart Cities initiatives.  This is especially critical for programs that require behavioral change, decision-making, or participation on the part of individual residents.  Internet access can facilitate the use of ridesharing, more convenient mass transit through real-time information, and crowdsourcing of information on environmental hazards. For example, the Obama administration has allocated $4.5 million for pilot programs that will equip residents with low-cost air pollution sensors to “empower communities and individuals with new data to help them understand their air pollution exposure at a more granular level.” (White House, 2015)  Advanced Metering Infrastructure (AMI), which allows users to monitor data on their electricity use in real time, can help consumers save money, shift usage to off-peak hours, and conserve energy.  Internet use also creates opportunities for education and participation in local Smart Cities planning processes.  Disparities in Internet use pose challenges for moving forward with these Smart Cities initiatives in an equitable way, marginalizing low-income individuals and communities.

Conversely, Smart Cities programs may help to create a climate of Internet use locally, that can encourage adoption.  The City of New Orleans recently won an international award for its work with the local electrical provider and nonprofit organizations to promote use of AMI among low-income residents by offering devices and technical support.  New applications for sustainability may help to increase the value of the Internet for residents, especially if it leads to cost savings and improved quality of life.

Cities throughout the U.S. and worldwide are experimenting with “smart” approaches to sustainability.  Technology firms, nonprofits, and international organizations have encouraged the diffusion of such practices.  With the White House effort to foster multi-sectoral collaboration and innovation for Smart Cities, activity in the U.S. is bound to increase.  Data on Internet use can make a contribution to policy-making and to research on Smart Cities, and the website at the Center for Policy Informatics is a well-timed resource to further policy and research agendas.

In January 2016, see https://policyinformatics.asu.edu for the repository portal.  It will contain links to  data, maps and visualization for Internet use, broadband at home, mobile use, and full connectivity with mobile and broadband, for cities, metros, counties and states.  Mobile use and full connectivity are available from 2011-2014, and Internet use and broadband from 1997-2012.  Rates of change are also available in the longitudinal data.  For the American Community Survey 2013 and 2014, estimates will be available by race, ethnicity, education, age, and employment states.  The repository will also contain links to other Internet use datasets and studies, in an effort to promote cross-disciplinary research using such data.  The data and repository are funded by NSF Broadband Capacity and Community Award No. 1338471. 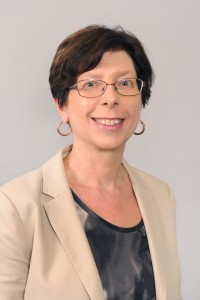 Dr. Karen Mossberger is Director and Professor of the School of Public Affairs at Arizona State University.
Website
Mail

Dr. Caroline Tolbert is the Professor of Political Science and Collegiate Scholar at the University of Iowa.
Website
Mail