Walking around in a slum in the outskirts of Delhi this past summer, I asked a group of children what they dreamed of becoming when they grow up. Pat came the usual replies of becoming a doctor, engineer, Bollywood star, and so on. But there were some unusual responses as well. A little boy spoke with conviction of becoming a lawyer, and eventually a Supreme Court judge. Interestingly, this little boy’s response evoked the most admiration from his peers as he described how he would fight in the court to protect their settlement and get assured water supply and flood protection. Growing up in Delhi myself, this little boy’s response struck me as unusual but symbolic of the changing times, and shifting aspirations.

The little boy came from a slum settlement where residents lived under the fear of eviction. A young lawyer recently mobilized the community to challenge the eviction order filed by an urban developer to vacate the site and build a shopping mall. The lawyer had made use of an interesting judicial innovation, referred to as Public Interest Litigation (PIL). Although PIL has been around since the late 1970s in India, it continues to be used in ever more creative ways by legal and non-legal actors to bring about transformative change.  In this piece, I begin by laying out some background and context for PIL, and then explore how public-spirited citizens, lawyers and judges, have used it in addressing environmental concerns.  The focus here is on highlighting how the use of PIL has shaped the dynamics of environmental governance and the agenda for sustainability action in India. Looking beyond India, I explore how the explosion in the growth of special environmental courts and tribunals since the turn of the century all over the world, provides a window of opportunity for urbanization and global environmental change (UGEC) researchers to actively engage with legal actors to examine how legal strategies may be used to protect our planet, and promote social and environmental justice.

Although some of the most well known leaders of the freedom struggle in India had been lawyers – such as Mahatma Gandhi and Jawaharlal Nehru- for a long time after gaining independence, NGOs and social movements in India were wary of courts, and did not utilize litigation strategies to achieve their objectives. To resurrect some of the lost reputation of courts as promoters of social justice and protectors of basic rights, PIL was introduced in the late 1970s with some rather innovative design features. First, rules of standing (who can bring a case to the court) were expanded enabling social activist organizations or individuals to litigate on behalf of the poor and the marginalized.

In this respect, PIL is advocated as a solution to the problem of “ access to justice” in a country where a large proportion of the population is illiterate or otherwise disadvantaged. Second, in order to permit fuller access to courts, PIL is marked by a departure from procedural rules extending to the form and manner of filing a writ petition and appointment of commissions for carrying out investigations. In particular, the Supreme Court allows fundamental rights issues to be brought to it in unusual ways. For instance, a public-spirited person can move the Supreme Court even by writing a simple letter. This is in contrast to the case in many other countries where the highest court is principally an appellate body that reviews, affirms, or reverses the decisions of lower courts. The Indian Supreme Court, however, sits as a court of initial jurisdiction when fundamental rights are involved.

Finally, and most interestingly, PIL proceedings take on a non-adversarial, collaborative approach. In the traditional adversarial system, the lawyers of each party are expected to present contending points of view to enable the judge to decide the issue for or against a party. In a PIL case, there are no winners or losers; the parties and their lawyers are expected to participate cooperatively in the resolution of a given public problem. This opens up interesting possibilities, especially in complex environmental cases where multiple ways of knowing and knowledge systems need to be included.

Interestingly, PIL is not of Indian but American origin (where it is also referred to as Public Law Litigation, PLL). However, the trajectory of PIL cases has been very different in the two countries: PIL cases surged in the 1960s in the US but have declined drastically since the 1980s, while in India  PIL was introduced in late 1970s and surged in the 1980s. The nature of PIL cases in India has been continuously evolving and adapting to changing circumstances, as we discuss next.

Creative use of PIL for addressing urban environmental challenges

The Constitution of India, which came into force in 1950, did not include any specific provision relating to environmental protection or nature conservation. However, the Supreme Court has rather creatively interpreted the constitutionally‑protected fundamental “right to life” guaranteed by Article 21 of the Constitution. In a landmark case, the Court observed that this constitutional protected right “includes the right of enjoyment of pollution-free water and air for full enjoyment of life.” This innovation can be traced back to the 1990s when there were some highly public-interest-oriented activist justices on the Supreme Court who shared a deep concern that India’s government agencies, law enforcement, and local courts were not acting to protect human health and the environment. In response, the Supreme Court took on the role of hearing major cases and making policy in these arenas. Class action suits, although theoretically possible, often were not initiated in India because the of the large transaction costs for the group to get organized.

This judicial activism resulted in some notable victories – including a case protecting the Taj Mahal from acid air pollution and another case to control hazardous waste dumping through out India. As a well-known legal scholar notes, “over the years, the Court has fleshed out the right to a wholesome environment by integrating into Indian environmental jurisprudence not just established but even nascent principles of international environmental law. These include the polluter pays principle, the precautionary principle the principle of inter‑generational equity, the principle of sustainable development and the notion of the state as a trustee of all natural resources.”

There are few areas of environmental governance in India today that are free from judicial oversight. Judicial intervention has led to changes in rules as well as overall policy, and arguably, to some improvements in environmental outcomes. Through the route of PIL, the Supreme Court has pronounced a number of landmark social and environmental justice judgments in the 1980s and early 1990s, including key rulings on air pollution in Delhi, the rights of urban pavement dwellers, and urban solid waste disposal. In all these cases, the Court has been quite innovative, in its use of new methods to implement environmental legislation and to resolve environmental disputes in India. On several occasions it has expanded the meaning of existing Constitutional provisions, applied international environmental principles to domestic environmental problems, appointed expert committee to give inputs and monitor implementation of judicial decisions, and encouraged petitioners and lawyers to draw the attention of Court about environmental problems through cash award.

Noted legal scholar, S. P. Sathe has called this emergent process a “counter-majoritarian” check on democracy in support of unpopular causes and politically powerless minorities. He points to several cases where social action groups have used this type of litigation strategically when political mobilization or direct agitation alone would not yield results. This stretch of judicial reach, has led to a long ranging debate in India on “judicial activism” and its implications on the evolving democratic structure of India (ref.). It also led to a large overload of cases for the Supreme Court, which in turn motivated the creation of the National Green Tribunal (NGT) in Delhi. Set up in 2010, NGT is a specialized agency equipped with the necessary expertise to handle environmental disputes involving multidisciplinary issues. India’s case is not unique in this respect, as we discuss next.

Ten year after the Rio Declaration, the 2002 Johannesburg Principles on the “Role of Law and Sustainable Development,” emphasized that: “the fragile state of the global environment requires the Judiciary as the guardian of the rule of law, to boldly and fearlessly implement and enforce applicable international and national laws, which in the field of environment and sustainable development will assist in alleviating poverty.”

Keeping this in mind, it is not altogether surprising that all over the world, there has been a growing trend of constituting specialized courts and tribunals to deal with environmental cases. The turn of century has witnessed a spectacular growth of environmental courts and tribunals. A recent comprehensive and updated study found that as compared to the 1970s when there were just a handful of specialized courts, by 2010 there were over 350 environmental courts and tribunals set up in 41 countries. As opposed to traditional courts hearing environmental cases, the value of these special courts lies in improved efficiency and speed in the disposal of cases, harnessing scientific and technical expertise relevant to the specialized field, reducing the costs of dispute resolution, uniformity of decision-making, integrating related issues and remedies, and enhancing public participation and confidence.

The above discussion brings into limelight the tremendous power that the judicial systems – and specifically judges – have come to acquire in the arena of environmental governance to design innovative solutions, direct policy changes, catalyze lawmaking, and enforce orders. In large part, this development has been viewed as a consequence of the rather weak role of the executive and legislative branches of the government in taking tough action on environmental issues. This is particularly true in rapidly urbanizing regions, where the pace of usual legislative processes is far too slow relative to the growing impact of environmental change on citizens’ well-being, which in turn drives the need for urgent (and tough) action.

As UGEC scholars, we need to examine the implications of this emergent model of environmental governance for the dynamics of urbanization and urban futures. We need to explore the spectrum of interventions and actionable options provided by this emergent model and assess how we can leverage these opportunities. As discussed above, the environmental courts are being specifically designed to have an independent statutory panel of environmental scientists to help and advise them on a permanent basis. I think this opens up interesting possibilities for UGEC scholars to engage with legal actors to co-develop solutions oriented transition pathways. The vast collection of emerging cases (PIL and others) provides a rich cross-national database, which can be used to test hypotheses and develop new theories of urban environmental governance in this era of the Anthropocene. 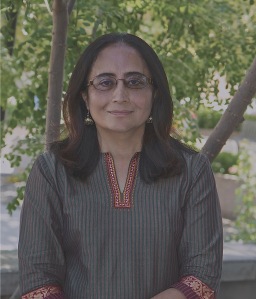