Andrea Ricci
The Institute of Studies for the Integration of Systems, Italy.

During one of the participatory workshops of a scenario-building exercise for China’s urbanisation in 2050 (Bina et al. 2015), a participant asked: “why do we envisage such single trend here? Is there no option but to increase urbanisation?” In a country where urbanisation is an official pillar of its economic growth strategy, such a line of inquiry embodied almost infinite radicalism. It questioned the fundamental (and mainstream) goal of consumption-led growth (World Bank and DRC 2014). And as such, it was largely – if not politely – ignored by the remaining participants. Discussing such an ultimate end did not seem relevant, or appropriate, given the task at hand.

I am not about to question the seemingly unstoppable trend towards urbanisation nor the apparent evolution of Homo sapiens to its urban species equivalent. At least, not directly. I would like to share some ideas about the need to open the space for reflection of “The Future We Want“, as the United Nations Conference on Sustainable Development put it in occasion of Rio+20 (UN 2012), and of a ‘new urban paradigm’ for “The City We Need” (UN Habitat 2014: 8): a need that is captured emblematically in the words of Donella Meadows (1994, above) as she reflected on the gap between our growing technical capacities and our sense of direction and purpose.

We have demonstrated that we can build meta- and mega-cities, and move seamlessly into city-regions and clusters. We exhibit the capability for spontaneous and/or planned urbanisation. We can build super-tall and ultra-dense. We expand horizontally, reclaiming waterfronts with abandon, and vertically downwards as we explore the endless opportunities that lie underground. We confront new macro-scale challenges with nano-scale techno-scientific solutions, as we embrace the era of the ‘smart’ (Caprotti 2015a ; 2015b).

Thus, we create problems of unprecedented complexity, at a speed and scale that place governments and governance mechanisms primarily in reactive (no matter how ‘strategic’), rather than anticipatory decision modes. We tend to discuss and frame the problems and their solutions in politically and ideologically unproblematic terms, preferring to search for means (how to solve problems), rather than question the ends (why is this a problem, indeed, what is the problem?) (Caprotti 2015a ; Ideas At The House 2013). In the words of Specht (2015b): “We are making and remaking our cities over and over without perhaps stopping to ask how or why.”
This makes it difficult, though not impossible, to ask the question of what future, and what city, we might want. All the more so, if we seek futures, and cities, that meet the imperative of being ecologically sustainable and socially just.[1]

If it is a fact that we can build the megacity-regions with their vertical and horizontal depths, their increasingly smart systems and green credentials, it is still – I would argue – important to ask whether these are the cities we want. In a recent overview of Asia’s urban expansion, Vanessa Collingridge (2014a) details the social and ecological ‘perils’ of what we can do. The inequality, exemplified by the ‘rat people’ (mostly unskilled migrants) of Beijing, the ‘anti-tribes’ (mainly young people striving to get onto the job ladder) of Guangdong, the ‘cage-dwellers’ and ‘pavement dwellers’ (because the city would ‘not function without them’) of Hong Kong and Mumbai. And while urban expansion continues, so do the adverse effects on health and the environment (Collingridge 2014), including: air and water pollution levels, the physical and mental health effects of the super-tall and ultra-dense, the increased vulnerability to changes in weather patterns, and the rising amounts of waste resulting from poor construction quality but also from the increasing levels of consumption that are apparently intrinsic to the urban species.

What we ‘can’ do, may not always be what we ‘want’. Who can, and who wants? (Caprotti 2015a; Ideas At The House 2013). As David Harvey asks: ‘[h]as this dramatic urbanisation contributed to human well-being? Has it made us into better people, or left us dangling in a world of anomie and alienation, anger and frustration?’ (in: Specht 2015b).

Caprotti (2015a) in his UGEC Viewpoint article, notes how ‘smart’ has pervaded urban thinking, and reflects on the technologisation of the city that is providing the answer to more and more of the problems discussed above: ‘recasting the urban environment in the key of enhanced efficiency, information, and knowledge about how, why and when the city functions’. The risks of ‘technological fetishism’ to the quality of human life, and dignity, are well rehearsed, and have been a recurring leitmotif of literature and cinema:

The city is always presented… as the extreme of crumbling society. They are ugly, they are dystopian, drone patrolled slums, pollution, over population, high rises, surveillance. From William Gibson’s Neuromancer… 1984… Metropolis… It is often the implementation of technology designed to record, log, monitor, geo-locate, and secure, that has paved the way to collapse (Specht 2015a).

Scenarios and planning: The art of envisaging futures before solutions

Engaging with the questions of “The Future We Want” and “What City We Need” requires the space for imagining, envisioning and reflecting, before planning, commissioning and resolving. For Chris Webster, the answer to the problems reviewed by Collingridge (2014a) ‘lies in better forward planning’, and he warns against simplistic smart or eco ‘vision statements’ (Collingridge 2014b). This would help reduce the risk of ‘solutions’ to incomplete or even false problems, simply because we ‘can’. It is precisely at the interface between strategic urban planning and the future studies – or foresight – tradition that the opportunity to answer these questions can arise:

An increased interest of planners and decision makers for different approaches for facing the future is noted… The development of scenarios is rapidly advancing as an alternative planning approach that accepts long-term perspective, includes critical uncertainties and long-term vision. Its application comes from the need for recognizing various alternative futures and a desire to eventually construct a single preferred future’ (Stojanović et al. 2014: 93).

The future-oriented ethos of sustainability (urban or otherwise) requires that foresight play a fundamental role. And yet, this opportunity and role are not being developed enough. Our review of recent scenario work (Bina et al. 2015) and the study by Stojanović and colleagues (2014) both suggest that the use of scenarios, particularly normative ones (including backcasting) explicitly aimed at sustainable urban futures (Vergragt and Quist 2011), and participatory ones (Robinson et al. 2011) designed to facilitate the actual use of the results by decision-makers and planners – remain rare.

Drawing on existing approaches, the EU-funded research project (URBACHINA) explored concepts and methods that can facilitate the envisioning of ecologically and socially sustainable urban futures, and build a scenario framework and storylines for Chinese urbanisation in 2050. Details of the method, its participatory and normative dimensions, as well as related challenges in the specific context of China, are described in a dedicated Policy Brief (Bina et al. 2015). Here I would like to share some broader reflections arising from this endeavor, in support of the need for envisioning as part of what Webster calls ‘better forward planning’, and as a crucial step towards answering the questions of – not merely what we can do – but “The Future We Want” and “What City We Need”.

Based on URBACHINA’s project review of existing scenario studies, and its comparative analysis of urban scenarios for China developed by the Government with the World Bank (2014), and by the United Nations Development Programme (2013), we find three persistent traits of what might be called tensions in the way we think and envision the future:

The simple framework in Figure 1 ‘Drivers of Change’ can act as an effective compass throughout a process of envisaging alternative futures, reminding the need to discuss – and engage – with ‘ultimate’ drivers, not just ‘proximate’ ones. Ultimate drivers shape society and the human experience, subject to gradual cultural and political processes, and expand the frontier of the possible by altering the basis for human choice. They include:

Proximate drivers refer to the direct levers of change that can influence economic patterns, technology, demographics and institutions. Mainstream development policy focuses on these proximate drivers as it tends to respond in terms of short term interventions:

Proximate drivers may be essential, but not sufficient to promote the change that sustainable urban development demands of socio, ecological and economic systems; while a tendency to focus on these at the expense of ultimate drivers may actually deliver a future that is possible, but not necessarily desirable and purposefully sustainable. Therefore, this distinction is closely related to the question raised here about the difference between what we can do for the future, and what we want of the future. The tendency in future studies, and in the burgeoning literature on transition studies, continues to be the exploration of options from a technological development perspective, partly following the tradition of forecasting used for setting goals in technology development in the 1970s (Vergragt and Quist 2011). Thus, most scenario studies place greater emphasis on discussing means, rather than ends (Wangel 2011). Instead, we will need a detailed inclusion of the social dimension in future studies, if we are to address the question of what future “we want”, since – as Specht (2015a) reminds us:

Cities are actually more alive than sometimes we care to admit, they are actually full of human beings who are vulnerable, whose needs come before those of industries and individuals who are powerful enough to shape the urban environment on their own.

The urbanisation trends and challenges discussed above, epitomise this bias which builds largely around proximate drivers of change. All the drivers and the majority of variables identified by participants in the URBACHINA scenario project fall within this category (Table 1, Bina et al., 2015). Only by engaging with both sets of drivers could we explore in depth the implications of the question raised by our Chinese participant during one of our scenario building workshops, which essentially asks ‘what future do the Chinese want?’

Table 1: List of URBACHINA’s drivers of change and urban variables based on workshops and a survey: mainly about ‘proximate’ drivers. Source: Authors/URBACHINA Working Document.

Ultimate drivers allow us to break with path dependent ideas of what the future might be like. Indeed, Raskin’s and colleagues scenario project ‘served as a political and intellectual intervention by simply illustrating that the conventional world was not inevitable’ (Rickards et al., 2014, 595). Crucially, from the perspective of sustainability (“The Future We Want” and “What City We Need”), ultimate drivers help to think more broadly about the nature of change and desired outcomes. A process that cannot be separated from the sometimes painful (Meadows 1994) assessment and learning about present day’s contradictions; and one that refuses to take the shortcut of what we can do, which almost invariably points to ‘technological solutionism’ (Morozov in: Ideas At The House 2013), thus leapfrogging the necessary and difficult reflection about where we want to go, and how deep is the gap between ‘here’ (present) and ‘there’ (future).

Our experience supports the need for purposeful and normative scenario and foresight work, aimed at desirable, hopeful, ethical futures, driven by goals and aspirations defined through participatory processes. Allowing imagination in bold and detailed forms, into the process of foresight is essential to escape the constraints of the known (what we can do), and thus explore changes in development paths (what we want).

Dr. Olivia Bina is a Research Fellow at the Institute of Social Sciences, University of Lisbon, Portugal.  She is also an Adjunct Assistant Professor of Geography and Resource Management at The Chinese University of Hong Kong.
Website
Email 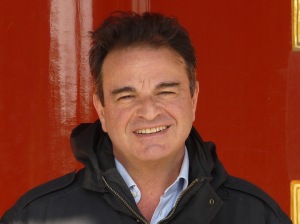 Dr. Andrea Ricci is Vice President of the Institute of Studies for the Integration of Systems (ISIS) in Rome, Italy.

2 thoughts on “Building scenarios for sustainable urbanisation: Balancing ‘can’, ‘need’, and ‘want’”