Recently, the term smart city has rapidly turned into a buzzword used with reference to almost any technology-driven urban initiative, encompassing a broad range of aspects of urban life (e.g., quality of life and welfare, sustainability, social cohesion, economic growth, etc.) This makes operationalization of the concept ambiguous and difficult. While there is no commonly agreed upon definition of the smart city, mainstream discourses present it as “a semantic synthesis and a conventional wisdom evoking efficiency, accountability, self-reliance” (Spaces & Flows: Fifth International Conference on Urban and Extra-Urban Studies, Bangkok 7-8 Nov 2014). Despite relevant differences, an invariant in almost all definitions is the idea that “technologies will play a huge role in urban life in the near future […], including for example the idea that technologies will solve our current (environmental) problems without meaningfully changing our way of life” (Santangelo, Ribera-Fumaz, & March, 2015). The pervasiveness and often the vacuity of smart city initiatives – ranging from the construction of new cities characterised by the ubiquitous presence of technologies of control and organisation, up to single and often disconnected initiatives in existing urban contexts – exposes it to a broad variety of critiques. Wishful thinking more than evidence depicts smart cities as places where a significant integration of technology into daily life allows the creation of more attractive, healthier, sustainable and innovation-orientated environments. But there is a significant amount of discontent over how cities are managing and approaching the transition toward smartness. These critiques have noted, however, that in many cases this interest is the result of pressing rhetoric and marketing strategies of large IT corporations based on targets that perfectly fit with policies and strategies of local administrations. This points to the “regimes of accumulation triggered by new technologies; the role of major multinational enterprises in shaping technological imaginaries; the mobile political technology strongly connected to neoliberal rationales” (Santangelo, Ribera-Fumaz, & March, 2015). The interest in the technical improvement of city infrastructure and technological application of data-driven solutions often disregards the evidence that although these are important, they are not endpoints in themselves.

Opposing viewpoints have been recently discussed on this blog through an insightful contribution by Federico Caprotti (2015), which provides a compelling list of recent critiques of the smart city paradigm, including the definition of smartness, the limits of technologies, and the tricky issue of smart city governance. Having raised all these points, Caprotti suggests that the smart city model can nonetheless improve the sustainability and liveability of our cities as the practical enactment of smart technologies can allow the city to “self-organize more efficiently for the benefit of its citizens” (Caprotti 2015) by at least partially avoiding some of the shortcomings related to technology ownership, emerging power inequalities, technological gaps, access disparities, etc.

Building on Caprotti’s contribution, we suggest that some of the mentioned critiques refer to smart governance processes, the issue of justice (both as access possibility and benefit distribution) and the effectiveness of citizen participation in the face of corporations’ leading role. These issues have nothing to do with the smartness of technologies per se, or their pervasiveness in the urban environment, but with people and the potential for improving quality of life through the conscious use of technologies. These elements are still poorly covered in the smart city literature. Despite often being unquestioned in the hyper-modernist optimism of smart city narratives, the distinction between the smart city and smart citizens is relevant enough to deserve a more thorough and dedicated consideration.

In our view, the technological agency of city citizens addresses some of the critical points of the smart city model described in Caprotti’s article. Differences between top-down and bottom-up technology-fuelled initiatives that are making cities smarter (according to the seminal definition by Giffinger et al., 2007) also resonate with arguments advanced by some social scholars that contribute to the critical understanding of the technological transition towards smart city paradigm (Shelton et al., forth; Vanolo forth.) The point of convergence is that, after the initial enthusiasm, the upsurgence of informal governance and planning processes eclipses the ability of technology providers to meet real people’s need. To merge available technological products with the real interests and needs of individuals and communities and to make social cohesion and issues of context-based quality of life are the most difficult tasks for future smart cities. Given that technologies alone cannot place people’s needs at the heart of smart cities, people-centric smart transitions more realistically originate from innovations in governance of technologies and technologies for governance. Among other innovations that fit into this framework, we suggest paying particular attention to crowdsourcing as a potentially disruptive tool for enabling smart transitions.

Recently, a manifold of participatory processes was adopted in the pursuit of smart city governance processes, but not without raising crucial doubts about whether or not participation in smart city development is democratic (Agyeman 2014). Crowdsourcing, by nature, has intrinsic potential of democracy. Tentative explorations of spontaneous bottom-up smart processes of socio-technological networks, capable of producing non-planned smart transition and citizen empowerment, highlights that crowdsourcing offers both context and process for gathering crowds around issues of common concern. In contrast to the outcomes of top-down government programs or the business strategy of major technology companies (Söderström et al., 2014), the diffusion of crowdsourcing may lead to an alternative understanding of “already existing smart cities” as an emerging effect of self-empowering practices advanced by heterogeneous social actors (Shelton et al., forth). Crowdsourcing processes have already proved to be able to generate new models for urban governance that gather and mobilise around heterogeneous social actors working toward greener, innovation-orientated and inclusive urban space (Certomà, Corsini, Rizzi, forth.). Today, the heterogeneous world of crowdsourcing includes a large number of practices – some of which rarely attach themselves the label of crowdsourcing. These include the development of open-source software or multiple content aggregators, sensing technologies, new big-data analysis applications, citizen science initiatives and DIY technologies and social mapping (e.g., CivicEvolution). Our recent research provides evidence that this can be interpreted as the spontaneous result of an evolutionary process of innovation in the governance of urban sustainability.

While originally used in the business and computer science sectors as a solution to distant search, which applies when the knowledge required to solve a problem falls outside the knowledge neighbourhood of the focal agent (Afuah and Tucci 2012), crowdsourcing is now the de facto term used to indicate any open call format and/or large network of potential users fostering distant creative power in public governance sector (Certomà, Corsini and Rizzi, forth.). In this context, crowdsourcing has the potential to empower people not only in providing innovative solutions but also in defining the problem itself. An increasing number of crowdsourcing processes are not only inspired by people (people-centred) but also started and managed by people (people-led). This means that they can emerge as spontaneous responses to specific issues or common problems and can involve the broad commitment of networked communities from the beginning (i.e., problem definition) of the crowdsourcing process. Relevant examples range from Meu Rio, a local mobilization network that is inspiring citizens initiatives intended to bring very practical ideas with social impact into practice, to change.org, a global platform for social change that helps raise awareness about social and political causes and connects people to opportunities for participatory action in fighting for what’s right locally, nationally, and globally.

Regardless of the specific implementation approach, crowdsourcing perfectly fits in the confluence of smart city models with the realisation of citizen-empowering processes, which are not directed, inspired or supported by government administrations or large corporations. Instead, they emerge from the spontaneous and loosely coordinated agency of people and technologies, with the aim to improve access to resources, opportunities, and a higher quality of city life for all.

It is worth noting that, while in urban studies literature an increasing attention has been devoted to the emergence of grassroots initiatives in designing and planning urban space and some of its functional processes (Corsín Jiménez 2014; Donovan 2008; Roy 2005; Shatkin 2004), a comparatively smaller number of contributions address the issue of the increasing amount of initiatives that mobilise and activate spontaneous networks of people and technologies to answer socio-environmental innovation needs in order to generate smart solutions based on coordination and mutual support (Sennet 2012). In order to succeed as a tool for creating better, more people-centred cities, the design of crowdsourcing platforms requires effective coordination with new governance models for smart cities by radically reversing conventional top-down approaches, facilitating bottom-up innovation and enabling not only citizen participation but to create a new model of internet-mediated direct democracy. This implies strategic limitations for facilitators, whom are asked to develop and share through open models the crowdsourcing platforms without introducing inflexible participation roles or, even worse, specific purposes and goals.

Practitioners cannot neglect the importance of answering the question “how to unlock the untapped potential of crowdsourcing”, which means to gain understanding not only on “how to empower citizen in the distant search for solutions to common matters of concern” but, on “how to empower citizens in formalizing common matters of concern”. This is clearly a field that requires further research and, most of all, the consolidation of explanatory theoretical models. As a consequence, fair collaborations between practitioners and researchers are essential in order to avoid the poisoning effects of prejudices and go-to-market campaigns.

Recent experiences in living labs provides evidence that excessive efforts from consultants promoting services without a clear demonstration of the unique potential of the model at hand easily generates scepticism from the demand side and atomization of learning processes from the supply side. On the contrary, forums for discussion subject to rigorous criteria, such as the next OpenLivingLabs Days 2015  might have an invaluable role in ensuring efficiency and efficacy in the evolution of people-centred initiatives for better cities. Also to this end, the COST Action TU1204 “People friendly city in a data rich world”  will promote the scientific debate on crowdsourcing as a tool for creating smart citizenship initiatives. Contributors and discussants are welcome. 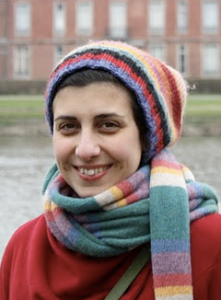 Dr. Chiara Certomà is Research Fellow at The Dirpolis Institute – CDG Lab, The Institute of Management – SUM Lab, and external professor in Cultural Geography at the University of Pisa, Italy.
Website
Email 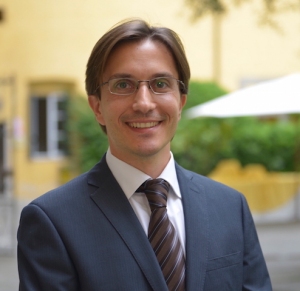